Fun Little Movies is the most award-winning and prominent mobile video production company in the world.

GSMA Mobile World Congress Award
Actor Kevin Spacey presented FLM’s Frank Chindamo with the grand prize for Best Short Mobile Film  at the  2009 Mobile World Congress  Awards in Barcelona. Turbo Dates: English as a Second Language was chosen from a list of films that had been submitted from over  100 countries.

Streamy Awards Nominee
The Streamy Awards honors the best in Web Television. Fun Little Movies was nominated  or Best Mobile Experience in a Web Series for Mr. Wrong in 2010.

Festival De Cannes
FLM was a Best Short Film Finalist.  Festival de Cannes is one of the world’s oldest and most prestigious film festivals.

MCA Nominee
In 2008 FLM was nominated by the Mobile Content Association in mobile entertainment.

Meffy Award Finalist and Winner
FLM was victorious at Meffy’s 2008 Awards and was a finalist in Meffy’s 2010 awards.
“As the industry’s official benchmark for measuring success and rewarding innovation, the Meffys Awards honour the most influential players from around the world.” 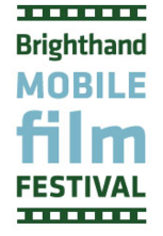