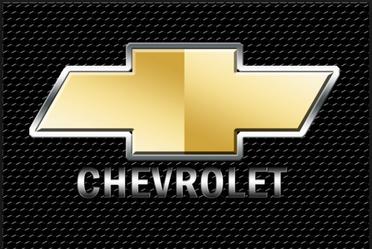 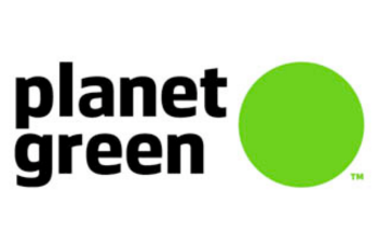 What’s So Funny About Industrial Safety? (Starring Pamela Anderson)
Improv/Safety was faced with a challenge: Despite more than three decades of success in teaching driver safety and getting driver’s points reduced on moving violations, they wanted to expand into Industrial Safety, furthering their mission of saving lives.  The Improv organization saw an opportunity to course correct by creating a safety series to engage industrial workplace employees in an entertaining and dynamic way.  They turned to Fun Little Movies to help guide them through this turning point by producing a 13-episode video series starring Home Improvement/Baywatch superstar Pamela Anderson and renowned comedian Kato Kaelin.

Evite: Paperless Invitation Pioneer Launches Paper Product
Digital invitation brand Evite did not underestimate its challenge in making the move to printed invites. Evite Paper wanted to extend the invitation process to physical products targeting a subsection of people who aren’t tech-savvy, don’t RSVP online, or for those wanting to send a more personal invitation than a digital invite.  But as a latecomer to the paper invite space, Evite Paper would be competing against giants like Sincerely Ink, Red Stamp, and Cleverbug.  To penetrate the paper demographic, they turned to Fun Little Movies to create and execute an advertainment video that appeals to the entire family, from tech savvy Generation Z to Millennials and beyond. It’s an entire life story told in one minute, “Because all of life’s biggest moments deserve Evite Paper”.Type your paragraph here. 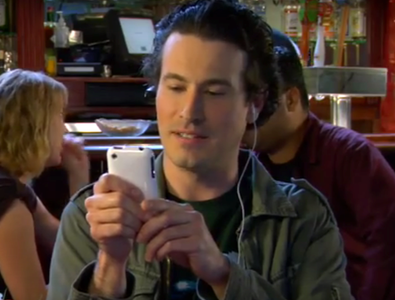 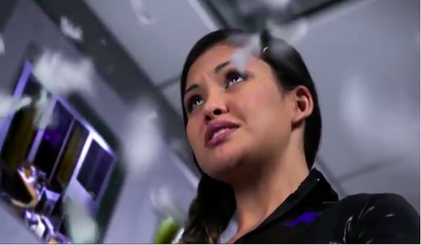 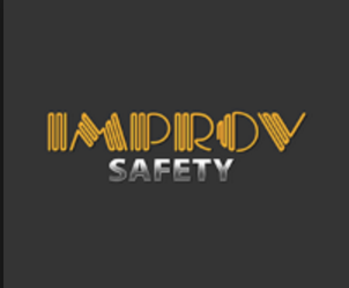 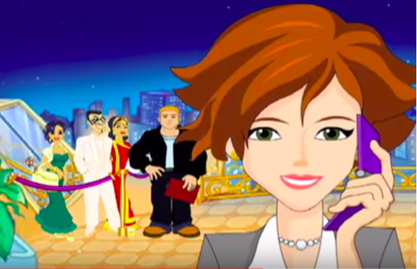 Fun Little Movies helped the JED Foundation shine a light on college student suicide with a video series subtly infused with humor, masterfully designed to appeal to their core demographic of college age students.  Avatar and Titanic producer Jon Landau called upon FLM and their traditional media colleague That’s So Raven Raven Symone to deliver the brand’s message in an engaging but sensitive way.  By integrating comedy and drama, Fun Little Movies produced a compelling live-action video campaign that reached a young, vulnerable-to-suicide audience. The video was in fact so successful that it was used in Landau’s TED Talk. 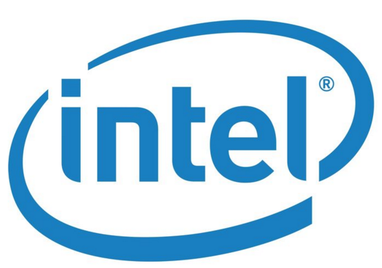 Toyota Camry XLE: The First Car Company With Its Own Comedy
Back in 2011, auto giant Toyota Motor Corporation wanted to get the word out to millennial hipsters about the new Toyota Camry XLE, a fun fuel efficient ride with plenty of room for passengers.  Toyota called upon Fun Little Movies to create a comedic webisode series about millennial hipsters ridesharing in the 21st century.  FLM delivered with something no other car company thought to give their sedan: It’s own comedy series directed by Spike Lee’s brother Malcolm Lee, and starring Terence Howard, Academy Award winning star of Fox TV’s Empire.  To date, the Toyota Camry XLE is ranked #4 in Midsize Cars by US News & World Report.

Pura Sponges: Promoting Plant Based Sponges That Repel Germs And Bacteria
In a beauty products market saturated with 20th century sponges that accrue germs and bacteria and leave a big carbon footprint, Martha Stewart American Made Award nominee Pura Sponges wanted to capture the attention of its target audience of teen girls with a new school sponge made from plant-based materials that repels germs and cleans like a magnet.  Fun Little Movies answered the challenge with a series of light hearted videos starring an anthropomorphic talking sponge, the perfect type of web-character designed to capture views and drive product awareness.  Today, this unique technology sponge brand has changed the way people clean, and Fun Little Movies was crucial to that game changing result.

Discovery Channel: Green Is The New Black
Discovery Channel’s online venture Planet Green wanted to expand their core audience to include North America’s growing number of environmentally challenged urbanites.  Fun Little Movies facilitated this expansion with a family friendly animated series about an urban dweller who doesn’t know her hole in the ozone from a hole in the ground.  The series was so successful online, the brand optioned it for an additional run on TV, as an interstitial to their regular television programming. In fact, Planet Green loved the video so much, they ran it before former VP Al Gore’s seminal film on climate change, “An Inconvenient Truth.” To quote their CEO: “We are thrilled that Bea Wildered has done so well. I love the series!!!” - Laura Michalchyshyn, President & General Manager, Planet Green

Intel Corporation: Don’t Be Yourself With Pocket Animal Avatars
When you think of Intel Corporation you think of PC chips.  And that’s exactly the type of thinking this technology giant wanted to challenge with the release of Pocket Avatars, a chat app that maps users facial expressions into silly characters.  Intel tapped Fun Little Movies and 5-Second Films to get the word out with an uber-short funny film directed by YouTube star Michael Rousselet.  The collaboration worked, and Intel plans to add more characters to its avatar library to meet growing demand. 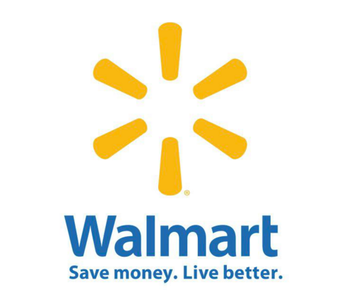 Alright TV & Fun Little Movies: A YouTube Original Channel Is Born
When YouTube revealed its slate of 100 new Original Channels to receive $100 million dollars in funds, online faith-based brand AlrightTV was named as a recipient.  With a million dollars on the line, the little brand with a big heart turned to Fun Little Movies for their social media skill set and high production value reputation.  What resulted was a YouTube star-studded series that appeals to Alright’s core audience of dating-age users, Ms. Right and Mr. Right.  The episodic series of comedic-but-faith-friendly speed dates stars billion-hitter Glozell Green, and it climbed to #1 on YouTube the very first day of it’s upload.  And that’s what we can do for your brand. 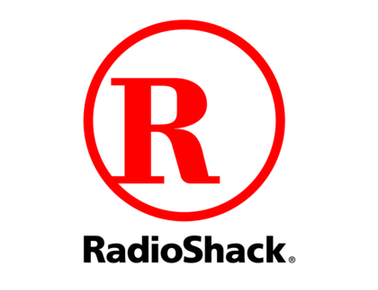 Chevy Volt: The Cure for Range Anxiety
Historically known as a manufacturer of gasoline powered vehicles, Chevrolet Motor Company wanted to redefine itself as a next generation auto maker with the Chevy Volt Plug-in Hybrid, a battery dominant electric vehicle with parallel hybrid capabilities that promise to cure “range anxiety” for its millennial target demographic. In partnership with MOFILM and Fun Little Movies, Chevrolet funded the MOFILM Live LA - USA Tour, a video contest led by FLM topper Frank Chindamo and Titanic producer Jon Landau where students at several LA-based film schools produced commercials for the Chevy Volt. The result?  A series of comedic commercials which appealed to Volt’s core audience of 21st century urbanites, and global sales that surpassed the 100,000 unit milestone, with the USA as the leading market with over 85,000 Volts sold. 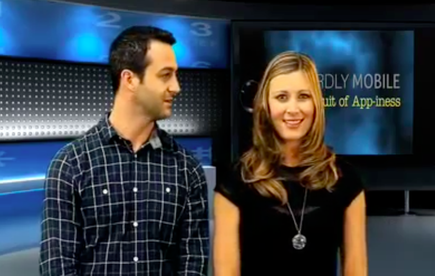 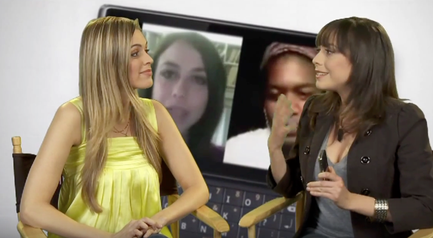 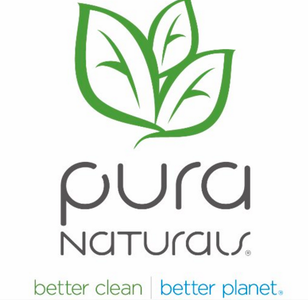 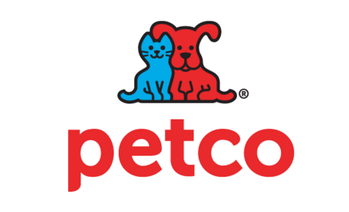 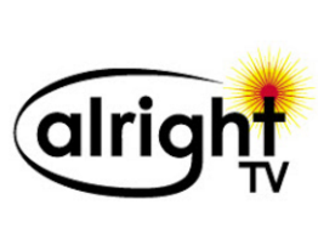 In-House Production: The MoShow - mobile showcase
What happens when a mobile pioneer makes its own webisode series?  It’s all about mobile!  Starring What’s Trending Shira Lazar and ClevverTV’s Dana Ward, The MoShow shows mobile fanatics what’s trending on their mobile devices.  The MoShow is a prime example of how Fun Little Movies can successfully mix information with sketch comedy, while leveraging YouTube star audiences for increased brand awareness.

Best Buy - Best Buy Guy
The Best Buy Guy commercial is a great example of how we can create memorable advertainment using existing footage from our library.  Sometimes our films already have a great sponsor opportunity but they just need minor tweaking.  The Best Buy Guy piece was created with leftover footage from “Mr. Gadget” of the Mr. Wrong series, an existing webisode series we had previously created for Babelgum.  With our editing capabilities, we easily tailored the existing footage to fit what Best Buy was looking for with a fast turnaround time.  Best buy was thrilled with our final product and Best Buy Guy took 3rd Place in the Best Buy portion of the MoFilm Tribeca competition in 2010. 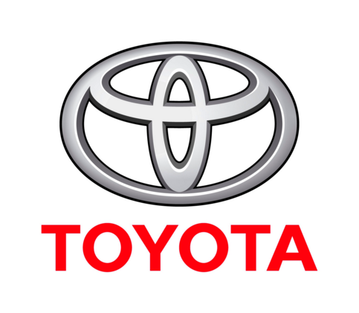 Radio Shack: The Future of TV is Here
Wireless and electronics mega-chain RadioShack set out to make a meaningful impact on its target audience as the primary distributor of newly released over-the-top TV box, OmniBox.  Their promise to consumers… TV Unshackled.  Fun Little Movies was asked to amplify their message with a comedic web series about a guy who has to “get with the now” and break up with his VCR.  The result?  Hilarity.  The other result?  OmniBox is now considered one of the world’s most popular over-the-top TV box. 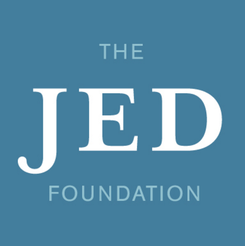 Fun Little Movieshas a knack for creating advertainment that’s on time, on budget, and right on target. What is advertainment? It’s the merging of advertising and entertainment to put brand recognition into viewer friendly content.  And our original Advertainment series?  Those provide not just one commercial, but unique and entertaining series to which audiences are more receptive than traditional advertisements. What does this mean?  This means that brands are more recognizable and better received when it comes time for consumers to take out their wallets.

Kingston Technologies: Wireless Storage Brand Hits A Viral Note
Wireless Storage giant Kingston Technologies had a challenge: get the word out about their bigger, better, memory device that was about to go public.  Fun Little Movies accepted the challenge and produced Agent Kingston, casting 5SecondFilms stars Brian Firenzi and Maria Del Carmen.  The approach to casting was strategic -- employ YouTube stars to lend the video a built-in online fan base of tech-savvy nerds who might be inclined to purchase MobileLite Wireless.  The strategy worked. 600,000 YouTube views and growing, the funny-flirty video continues to find it’s audience, and Fun Little Movies was crucial to that discovery.

Walmart - Walmart Mom
Walmart was looking for a new and creative way to target the “mom” demographic.  With Walmart’s national reach well established, Walmart decided to focus a campaign on this heretofore untargeted demographic. We created the series, Walmart Mom. It features a mother who saved so much money and time at Walmart that she decides to spend a day on the sales floor... comedic chaos ensues.  The plan was to have a drop-box at every Walmart where customers could write in brief suggestions for future episodes. If any customer suggestion was used, that customer would receive a Walmart gift-card and recognition during the episode.  We utilize customers’ ideas, not videos, as part of campaigns.  Because we make the final product, it guarantees that the crowd sourced content is produced at the highest possible quality.  New Media has opened up several doors in the world of advertising and entertainment; the next step is to make customer integration as seamless as possible and user-idea driven campaigns can do just that.

Sandlot Games: How To Cope When Your Fan Base Grows Up And Leaves You

When Sandlot Games youth audience grew up and moved to YouTube, their 40-million hitter Cake Mania saw dwindling sales.  Sandlot was looking to keep up with their core audience of gamers by adding a social media strategy to their next product launch.  Fun Little Movies helped Sandlot transition into the 21st Century with an animated reality series about cake baker-protagonist Jill’s “real world” misadventures in the big city.  The premiere episode of Jill’s Next Adventure was well received by Sandlot - and its audience. 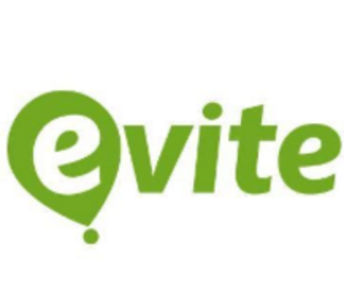 Petco Chihuahua Races: Animal Supply Empire Is Going To The Dogs
Animal supply market leader Petco wanted to get the word out about their annual customer-generated competition, the Petco UNLEASHED National Chihuahua Races.  Fun Little Movies delivered with a series of entertaining Chihuahua race videos starring as its’ trackside announcer longtime writer for Robin Williams, funnyman Ron Friedman.  As a result, event awareness and attendance has grown, and last year’s competition was so trending, Petco held the season finale race at San Diego’s PETCO Park, in between innings during a major league baseball game.